MA A + U are very pleased to announce that White Paper Games will be presenting at Manufacturing Utopia : Happiness in Emerging Environments on May 1 in Manchester. There latest game Ether One has just been released – view the trailer here. 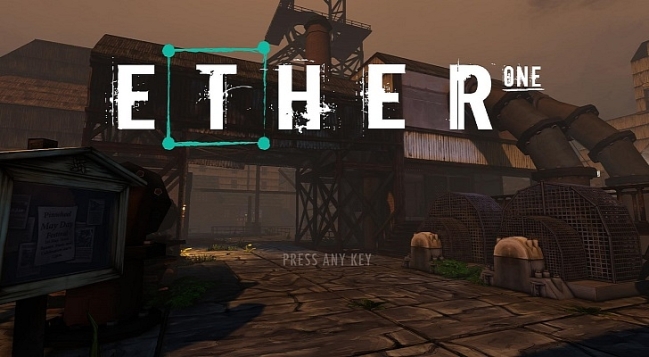 White Paper Games is a small independent studio with a team of 6 based in the Manchester, England

White Paper Games was formed in the summer of 2011. Each member of the team worked from home for the first year and a half of development, working part-time jobs in the process. Once they were happy with a prototype of the game, they applied for a funding grant from Abertay University. This helped them get a studio space together to develop the ideas they had for Ether One. The grant was enough for 6 months of development time. Around the same time, their game play trailer landed successfully on Reddit, gaining them over 350,000 YouTube views and frontpage exposure at the same time as being part of the Leftfield Collection at Rezzed. This helped them build a community of fans through Steam Greenlight and Twitter, who seemed really excited and intrigued to play Ether One. The feedback for the game was great and along with support from the Oculus Rift, they felt like they could push Ether One even further.

After the media had settled down they went back to work, redesigning and iterating on the elements that didn’t work to create a richer game experience. It took them another year to finish Ether One. Whatever the reception may be, they’re really proud of their accomplishments and they’re excited to see the reaction from our players.
More information on their website here

UtopiaMCR are delighted to announce that this year’s Symposium Line up has now been confirmed.

Our final speakers just confirmed are White Paper Games. A Manchester based games design studio that has just developed the game Ether One. Click here for more information on their website.

The days provisional timetable is now as follows: 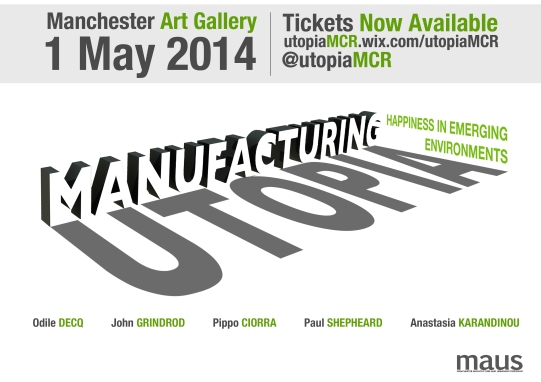 Pippo Ciorra, Architecture Senior Curator at MAXXI in Rome, will be speaking at the MA A+U International Symposium MANUFACTURING UTOPIA: Happiness in Emerging Environments on May 1. His latest publication Piccole Utopie / Small Utopias: Italian architecture of the third millennium between history, research and innovation is available from Quodlibet. Tickets for the Symposium are available here 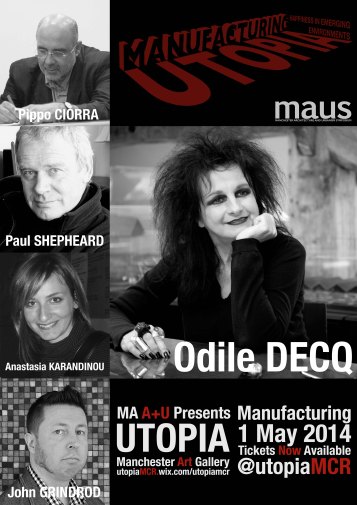 Paul Shepheard is a writer living in London, England. He is qualified as an architect but since the publication of What is Architecture? by the MIT Press in 1994 has gradually shifted the emphasis of his activities to writing and lecturing. He has two other books with the MIT Press, The Cultivated Wilderness, about landscape, 1997, and Artificial Love about architecture and machines, 2003. How To Like Everything, a utopia, was published by Zero Books in July 2013. Currently working on a collection of essays on Structure. He has taught at the Architectural Association in London, the University of Texas at Austin, the Academie Van Bouwkunst in Amsterdam and Artesis, Antwerp.

Born 18 July 1955, Laval, is an award-winning French architect and academic. she set up her own office just after graduating from La Villette in 1978 while studying from sciences Politiques paris where she completed a post-graduate diploma in Urban Planning in 1979. International renown came quickly ; as early as 1990 she won her first major commission : the Banque Polulaire deI’Ouest in Rennes recognised by numerous prizes and publications. By questioning the commission, the use , the matter, the body, the technique and the taste Odile Decq’s architecture offers a paradoxical

John Grindrod is the author of Concretopia: A Journey Around the Rebuilding of Postwar Britain published by Old Street in 2013, described by the Independent on Sunday as ‘a new way of looking at modern Britain’. He has written for the Financial Times, theTwentieth Century Society Magazine and The Modernist, has co-written and edited a book about TV, Shouting at the Telly, and contributed to a book on music, Hang the DJ. He grew up in Croydon in the 1970s and has worked as a bookseller and publisher for twenty-five years. He runs the website dirtymodernscoundrel.com and can be contacted on Twitter @Grindrod.

Dr Anastasia Karandinou is a Senior Lecturer at the University of Portsmouth and a practicing architect (ARB). She has taught in the University of Edinburgh and has been an invited speaker and reviewer in Symposiums and Workshop in the UK and abroad. Her recent research focuses on the notion of the ephemerality and time; the sonic, the sensuous, the virtual and hybrid aspects of space. Her projects have obtained awards in international competitions such as the UIA- Velux ‘Light of Tomorrow’, and her project ‘Athens by sound’ was selected to represent Greece in the 11th Venice Biennale of Architecture. Her new book, ‘ No Matter : Theories and practices of the Ephemeral in Architecture, has been recently published by Ashgate.

Pippo Ciorra architect, critic and professor. He is adviser for the MVDR prize, contributor to reviews and national press and member of the editorial board of Casabella. Author of a number of books and publications, he curated and designed exhibitions in Italy and abroad. After curating the opening exhibition Spazio in May 2009 he is Senior Curator for MAXXI Architettura in Rome. Among his main shows, Re-cycle. Strategies for Architecture City and Planet,Energy. Oil and Post-oil Architecture, Erasmus Effect. Italian architects abroad and YAP MAXXI, an international program for young architects. Ciorra is currently working on a book collecting 15 years of research and design experimentations on the Italian coastal city.

Please check out our new Architecture and Urbanism Symposium website 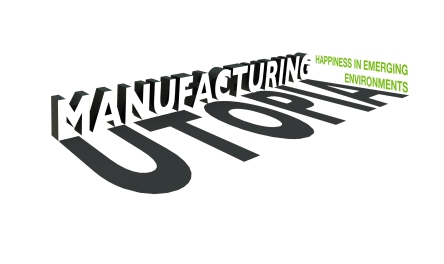 My Tweets
utopiaMCR
Create a free website or blog at WordPress.com.